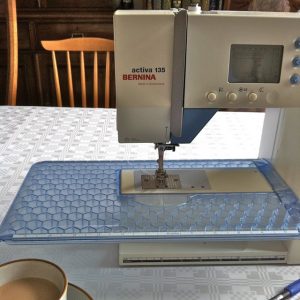 A couple of weeks ago, I was getting very, very annoyed at not being able to find a nightdress for my 5-year-old daughter.

A nightdress that she would be comfortable in, and like, and that I thought was age-appropriate and practical.

I didn’t think my requirements were that exacting – I wanted cotton (winceyette would have been lovely, but I would have been happy with jersey), long sleeves (or at least 3/4 sleeves) and no sequins, scratchy tulle, etc (can’t believe I actually have to state that!). I wanted it to have a fun design and bright colours. And really I wanted to pay the same price as I’d pay for pyjamas – say under £10, or even 2 for £10.

Finding pyjamas that met my criteria wasn’t too much of a problem:

But nightdresses? Oh dear. A world of horror.

With my budget ruling out the reasonably fun if rather pastel-y offerings from John Lewis, Boden, Next, etc., and unfortunately the much more attractive Polarn O. Pyret, what I was left with was mainly pink, often sparkly, usually with cap sleeves and/or too short… just nothing to make me or my daughter smile, or to keep her warm and comfortable at night.

I mean seriously – how can this be considered suitable and practical as nightwear?

We’ve never watched Frozen, and my daughter wouldn’t recognize the Disney ‘princesses’, so she wouldn’t be particularly interested in having their faces emblazoned on her nightdress. I find their huge, distorted eyes rather scary, and their ‘come hither’ looks disturbing too – definitely not for us!

Just buy her the pyjamas, you’re thinking – but there were particular reasons why we wanted nightdresses – or “nightgowns” as she kept asking for, after Wee Willie Winkie.

My time and situation doesn’t often allow me to got to physical shops, by the way – I maybe go three or four times a year. Perhaps those of you who are regular shoppers know more appropriate brands than me, or where to snap up bargains, but I’m mainly limited to what is available online, including auction and local second-hand sites.

In the past, when I had more time, I would probably have made her some nightdresses from scratch, but the cost of new fabric is another prohibiting factor in that plan.

Many people said they just put their daughters in t-shirts several sizes too big, but I thought that a t-shirt long enough would gape far too much around the neck.

So finally, with inspiration from this blog by It’s Always Autumn, I realised I did have a cheap, quick option available.

So on one of those very rare shopping trips, I went to a few charity shops and quickly found myself three cotton t-shirts – I got men’s t-shirts that I could see would be calf-length on my daughter. I also bought a couple of metres of baby elastic – (usually I’d use elastic recycled from old knickers, but I’d run out).

*to be honest I think this is quite dear for a secondhand t-shirt, but they were good quality and I was pretty pleased with them.

So yesterday on a family visit to my parents’, I grabbed half an hour on the sewing machine and ran up three “nightgowns” for my daughter. 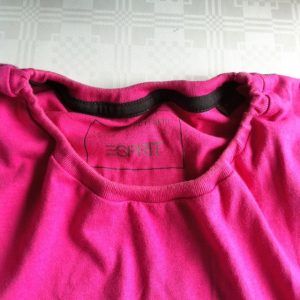 The key to it all for me was realizing I could reuse the casing at the neckline for elastic, to make the neck hole smaller. 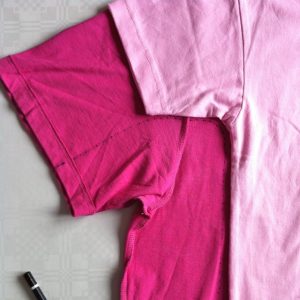 No measuring, basting or anything fancy – I just eye-balled it all, using a t-shirt of my daughter’s as a template. 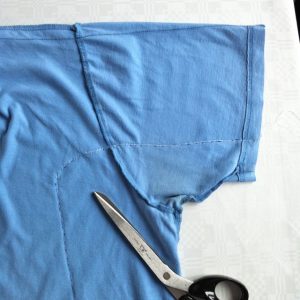 I didn’t gather the sleeves. 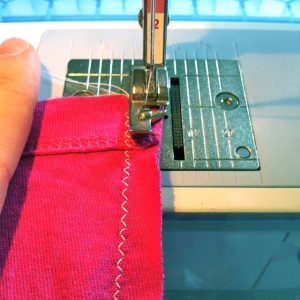 Since it only took a second, I did overlock the seams.

So my daughter now has three new “nightgowns” which made her so happy that she danced about in one of them for half an hour last bed time. 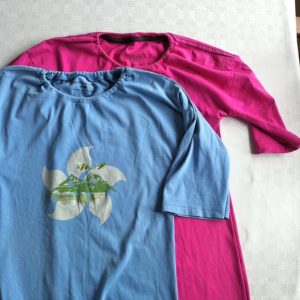 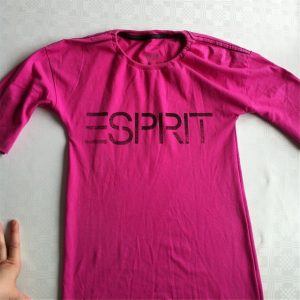 The designs aren’t as fun as they might be – her favourite is the one with the white flower on the front. If I’d had a little more time I think I would have used the off-cuts to make appliqué designs to cheer them up a bit – with the three different coloured t-shirts that would have worked quite well.

But they’re soft, warm and long enough, they were within our means (£2.82 each), and they don’t make me angry just looking at them!

If you’re having a similar problem I highly recommend the DIY approach! You could hand-sew one quite easily if you haven’t got a machine.

As you probably know, I’m a member of the #LetClothesBeClothes campaign, which is well worth supporting if your daughter doesn’t want exclusively sparkly pastel princess nightdresses and your son doesn’t want to be limited to scary dinosaurs or less-than-restful comic characters on his PJs. Honestly, what’s wrong with fun primary colours, and designs inspired by the wonderful world around us for all children?