I’ve created some tiny little reward boxes full of goodies for the children when they meet their targets.

We’re expecting rather more of them this year in terms of book-work, so it’s nice to be able to mark their milestones with a little trinket, and it sometimes helps to give them something to work towards. You might find these ideas useful for party bags, bran tubs, Easter eggs, treasure hunts, etc.

I’ve used a set of little favour boxes left over from our wedding (that’s just coming up to 15 years ago!) which are just big enough for  something very small. I also used a smidge of (v cheap, barely sticky) washi tape to pretty them up and to discourage peeking! 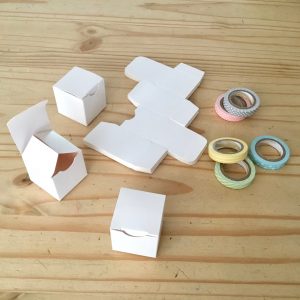 I’m envisioning these being used maybe once a half-term. We’re on a tight budget, so they’re only very little things, but all things that will make the children smile. Nothing edible, because the boxes would be waiting around too long and we don’t like rewarding with food. And not stickers, because we have those in a different system (see my previous post on little reward ideas).

These are some temporary tattoos – I’ve split them up into pairs for different boxes. 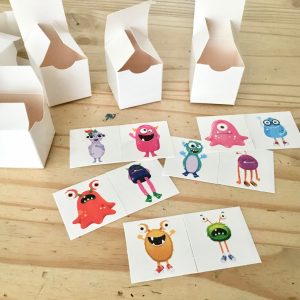 I’ve discovered that people actually keep and sell the insides from Kinder eggs on eBay! Indeed some people seem to have huge collections, and even ones that they have never opened. I found this set of sweet little wooden animals and I’m sorry (not really sorry) if these were someone’s prize collectors items, but now they are going to be loved and played with! 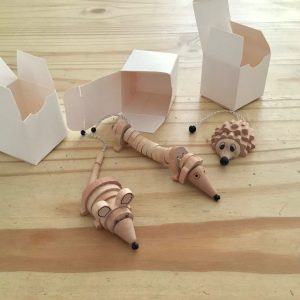 The little boxes are just the right size for a few small bits of Lego and I thought about mini-figures. As I have said before, our Lego collection is old skool. All our mini figures are androgynous smiley yellow characters – none of the current type of angry-faced/Batman/Star Wars what-have-yous with all the pre-moulded accessories. I was shocked by the price some of those go for second-hand too! Anyway, I saw this wonderful little skeleton and knew the kiddies would love it. 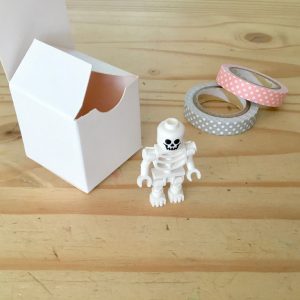 I’ve got my eye out on eBay for a baby in a pushchair if I can get one cheaply, and maybe a post person with letters.

Mr Conkers has let the children watch Star Wars over the summer (I think our youngest is too young, myself, but was overruled) so they are all very interested in it at the moment. Lots of books from the library. So I knew any Star Wars Lego would be a big hit as they don’t have any, plus it goes to enhance our overall Lego pot. Again on eBay I found a series of tiny sets which I think originally came out of Lego Advent calendars. This red thing and this other thing with legs, for example – I’ve got nine in all. 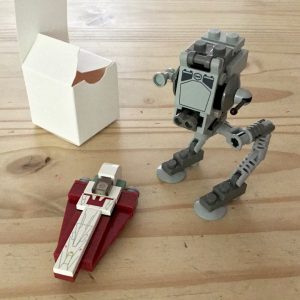 The instructions wouldn’t fit in a box of course, so I’ve included a picture of the finished article with the pieces in each box, and have the instructions stashed elsewhere.

Last month I did re-watch all the Star Wars films myself, attentively, to see if I’d missed something previously, but no, they just really aren’t that good. Anyway, the kiddies will love the Lego.

I filled another couple of boxes with these glass blobs – treasure! 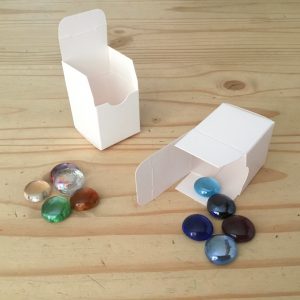 And another with a shiny gold silk scarf. 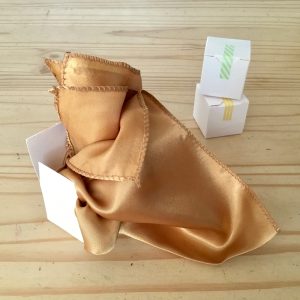 Once all the boxes are sealed, even I don’t know what each contains, which means I can’t cheat when the children are picking their reward. Some rattle interestingly, some are silent, some heavy and some light – the children are intrigued!