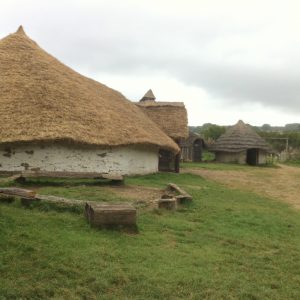 We’re doing “History Week” this week. I felt it was time to re-boot our history studies, and plan some more in-depth topic work for the remainder of the year. I’ve been really enjoying the reading up I’ve been doing too!

This week has really been about making sure the kiddies have a good solid grasp of chronology or the overall timeline of human history. This has been really satisfying for me to do too, because this understanding is something that I was never given in my history studies at school.

The way I was taught history – and most people of my age who went through state schools I think – was as separate focussed topics: Ancient Egypt, the Vikings, the Second World War, etc. I was never given the understanding of where these episodes fitted in the overall timeline of history – a big problem for an INTJ like me, who needs to know the lay of the woods in order to be happy studying the trees. Learning about a given period without having first covered the whole of the timeline seems to me just like learning about, say, Germany, without being shown a world map.

This approach also meant that significant chunks of history were, for me, complete blanks. I was never taught anything, at any point, about the English Civil War, for example, or the First World War, let alone European, American or Chinese History. I know masses about the British Industrial Revolution, because I studied that for GCSE – I can still write out chunks of the text book verbatim from memory. But the Glorious Revolution? The War of the Roses? These were only terms dropped by my mother in the course of visiting stately homes, that meant nothing at all to me. I couldn’t even have placed them in a century until educating myself as an adult. Is this normal, or did I miss something? Did each history teacher assume the others had covered the basics already? Were our families supposed to fill in the blanks?

Anyway, I doing my best to not leave my children with the same parcellised knowledge, and to give them – at a high level of course – an overview of everything from early hominids onwards, before diving in depth into particular periods.

The core to all of our history studies (and of course ‘history’ comes up when we are studying science, literature, etc, as well) is the timeline. Each of the kiddies has their own Timeline Folder which consists of a continuous timeline across some 40 pages or so, running from the Mesozoic Era right through to the present day. The scale is not consistent throughout – the earliest pages cover hundreds of thousands of years, whilst the First World War has a page to itself, for example.

The pages are in plastic sleeves for robustness. We add various key events to the timeline pages as we study things or come across them. Each of the children can include their own interests too. Middle child likes pottery, so has added some Ancient Greek pottery. My eldest has broken down the Second World War into several pages, to fit in all the aircraft developments. In between the timeline pages, the kiddies have added, and will continue to add additional pages relating to particular periods or topics we study. I think of the timeline as a clothing rail, on which we can hang all additional knowledge, as and when we come to it. This approach would have helped me vastly at school.

This week as a ‘refresher’ we have trotted through the whole of human history from the perspective of the British Isles initially, and then again looking at other world civilisations, sprucing up some of our pages as we went.

We also tidied up the big timeline we have on our living room wall. I’m very proud of this thing, but it has been a bit neglected and needed some time spent on it. It’s on a huge sheet of Sundeala, and represents the whole of history, ie since the Big Bang! Unlike in the folders, here we have represented time to scale, so that it it easy to see at a glance, how relatively infinitesimal a period of time we Homo sapiens have been knocking around. 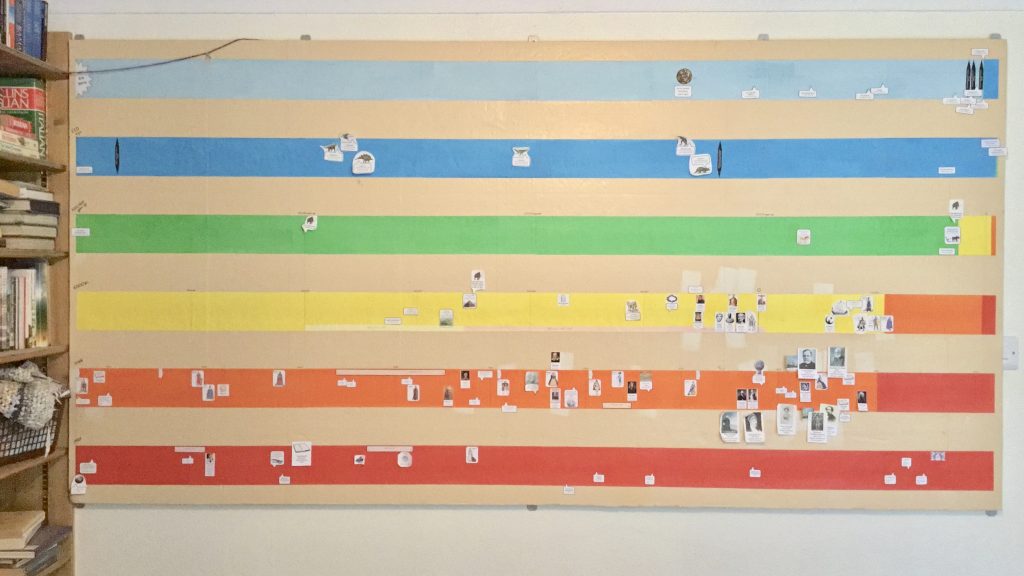 I’ve removed some less important references that weren’t helping, shrunk some others and added some more, so it’s looking a bit tidier now, ready for more information as we go forward.

Other things we have been doing as part of our History Week, is having some (not all that authentic) period meals in line with our studies. For our prehistoric meal we had leaves (lettuce), crab meat, berries and I made some buckwheat bread, leavened with my wheat sourdough starter, that we pretended was made with the ancient grains humans first domesticated. Major shock to apple-loving middle child that apples were off the menu until we reached the Romans in Britain! 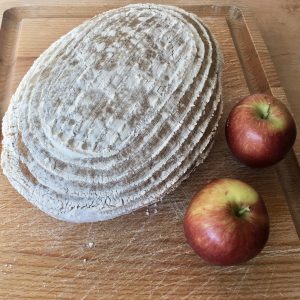 We visited Butser Ancient Farm. We’ve never been before, and it’s certainly a worthwhile couple of hours or half-day, if you are quite robust about all the school parties. The children enjoyed the animals, and I could see the round houses really made them think about our ancestors as real people living their lives, as in most cases it felt like the owners had just stepped out for a minute. Pictures of themselves in the different dwellings will be a great addition to the children’s timeline folders.

We’re regular visitors to the museum in Horsham, but today I challenged the children to chose a single object each to focus on. I created some sheets for them to complete and add to their folders. 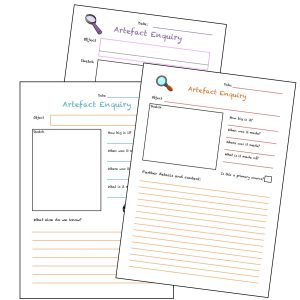 We also walked along the Causeway which has some very interesting old buildings. We usually walk through there at least once a week in fact, but you don’t stop and look and think really, do you! I mean just think what a 13th Century church or a 16th Century building has seen in its lifetime, and all the people who have lived and laughed and worked and worried there… We took some pictures again to add to our timelines. 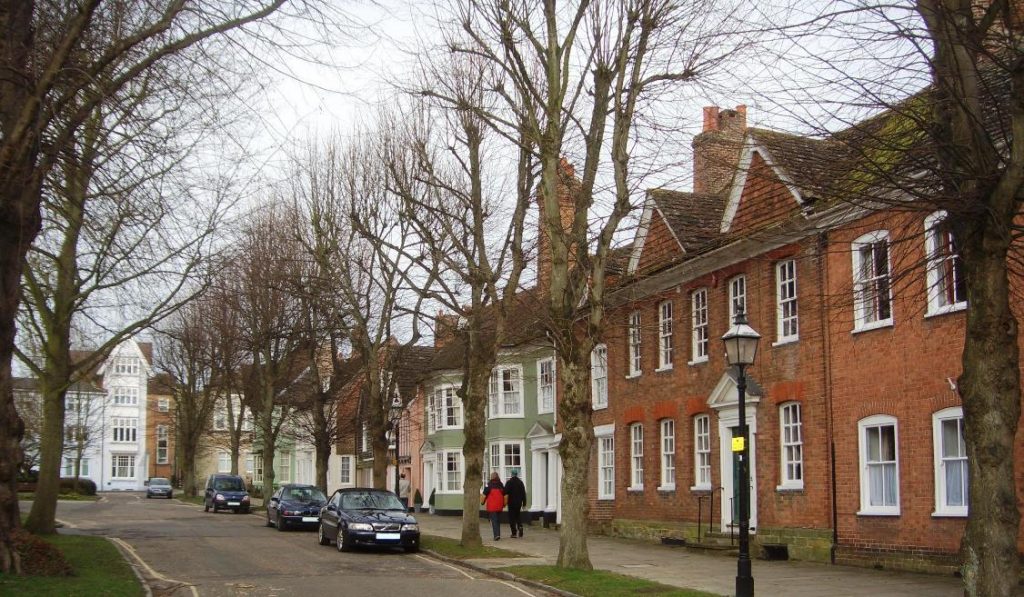 Eldest Child is now 11 and we’ve just set him up on Khan Academy too, to work through the World History lessons on there. He’s very interested and keeps coming to us saying “Did you know…?”

I love history, and I had a wonderful history teacher at secondary school who spoke to us as if we were intelligent, but I think I always suffered from the lack of completeness (INTJ bête noire) in the curriculum the teachers worked to. Perhaps it’s done better these days, I hope so. But I’ve found the cure for my discomfort in working using the timeline method with my children and if I ever decide to flex my academic muscles again – perhaps via the Open University – it might well be history or archeology that I pursue.